These leggings are great for traveling, going to the gym, dressing up for a night out, binging Netflix or whatever you want to do in them. They’re easily the best leggings I’ve ever owned.

And they are half the price of Lululemon.

As you may know, Lululemon has been plagued with quality issues in recent years — most of their products only have 3 stars. But we don’t need overpriced see-through pants. Nope. Not anymore. Behold, the Zella Live In High Waist Leggings by Nordstrom. At just $54, they have almost 5 stars from over 5,800 reviewers online. 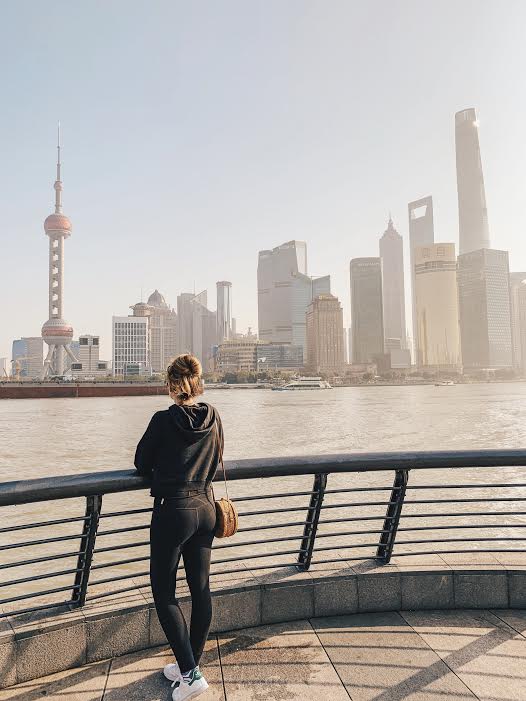 There are many fits and styles, but the ultra-soft fabric that has earned a cult following is only available in the style I linked above. The other styles and fits aren’t made with the same material.

I know $54 is still an investment, but it’s reasonable. I wore these for over 48 hours straight when I traveled from Singapore to New York, and I could have kept them on longer. If you’re wondering how crazy my legging journey was, I’ve got a story for you.

I changed into these leggings around 6 p.m. at our hotel in Singapore before heading to the airport. From there, we caught a red-eye to Shanghai at midnight.

After landing in China at 5:30 a.m., we did a full-day tour of the city. Still in these leggings from the night before.

We returned to the airport in Shanghai around 5 p.m. after a full day of exploring. After a few hours in the lounge, we boarded a 14-hour flight to New York. Still wearing these leggings, still comfortable.

Back in New York, the airport didn’t have a gate for us, so we sat on the tarmac for an additional hour before deplaning. JFK didn’t have their stuff together, but my leggings still felt awesome.

Finally, we took a 45-minute cab ride to my friend’s apartment on the Upper East Side. Completely jet-lagged, I almost went to sleep without changing because I was so comfortable. But I decided to finally take off the leggings.

They went right back on when it was time to catch my final flight back to Nashville. It was Monday morning, so the flight was filled with businessmen and women who were dressed impeccably. And me. In my unwashed leggings.

Hope you liked my story. I know you’ll love the leggings.