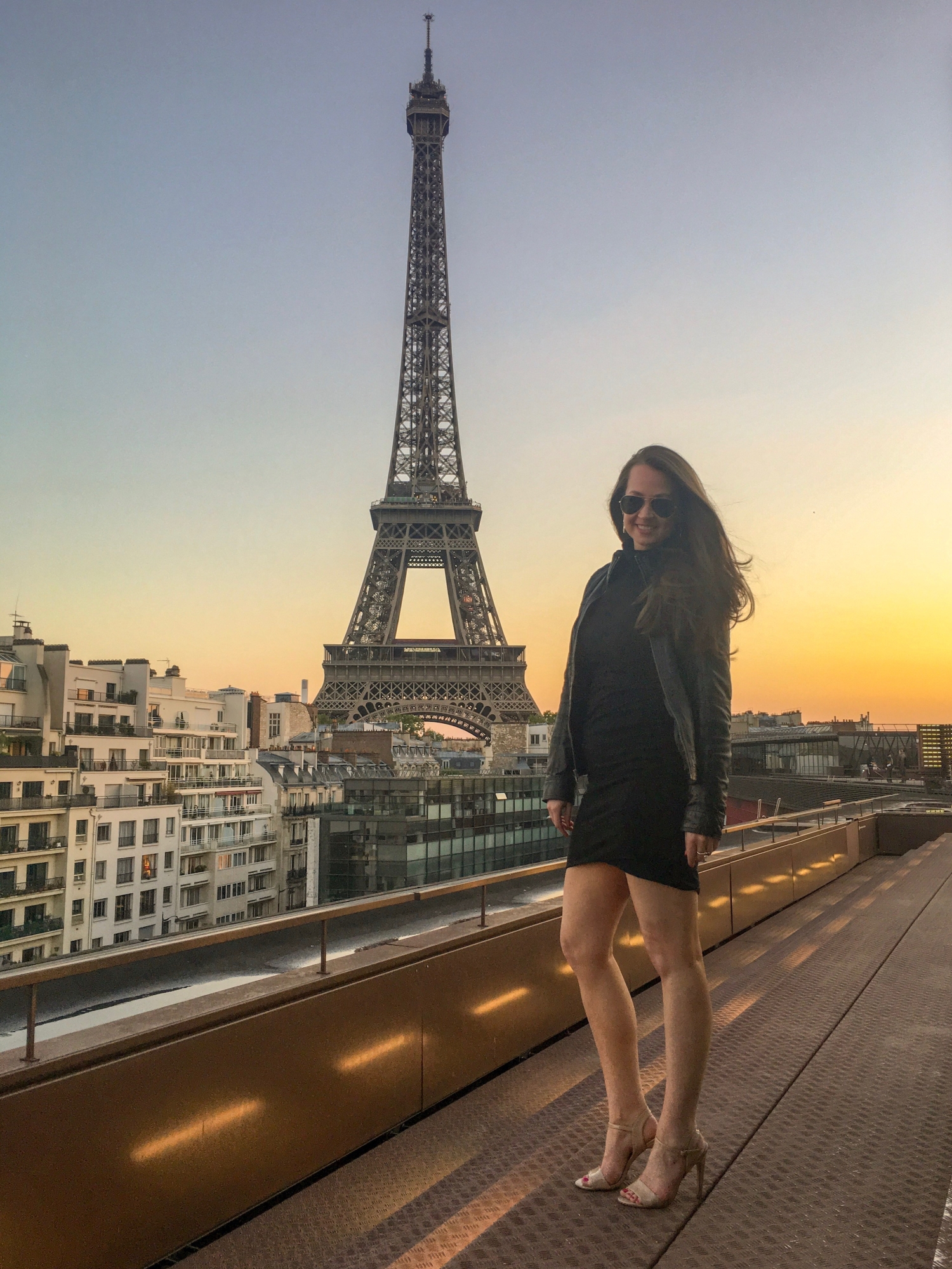 My first blog post is about a restaurant in Paris, because the question I get asked most often is, “Where was that photo taken?” It’s this photo: 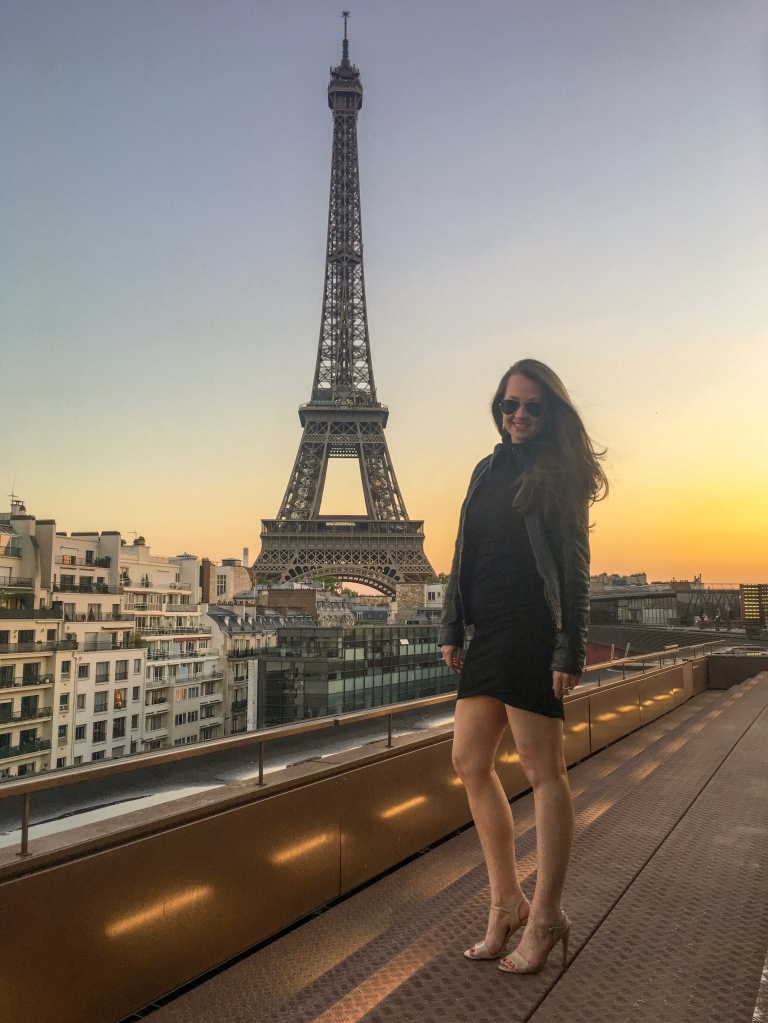 My first blog post is about a restaurant in Paris, because the question I get asked most often is, “Where was that photo taken?”

Answer: The terrace at Les Ombres in Paris. This photo was taken with an iPhone 6s a few years ago, so just imagine the photos you could get with a professional camera or a newer iPhone.

Here’s the background: While planning a trip to Belgium for my Goddaughter’s christening, her mother (my cousin) and I decided to do a girl’s night in Paris. A benefit of having family centrally located in Europe is that we can take road trips (or the train) to other countries, like France. In this case, my cousin drove us from Antwerp, Belgium through the French countryside.

It would be her first night away from her four-month-old daughter, Mollie, so I wanted it to be special. I prioritized finding the best view of the Eiffel Tower over award-winning food. To be honest, the food wasn’t amazing.

Regardless of the food, the restaurant is still popular. Make a reservation a few weeks in advance, probably further in advance if it’s a holiday such as Valentine’s Day. I made a reservation through The Fork, which is the European version of Open Table. 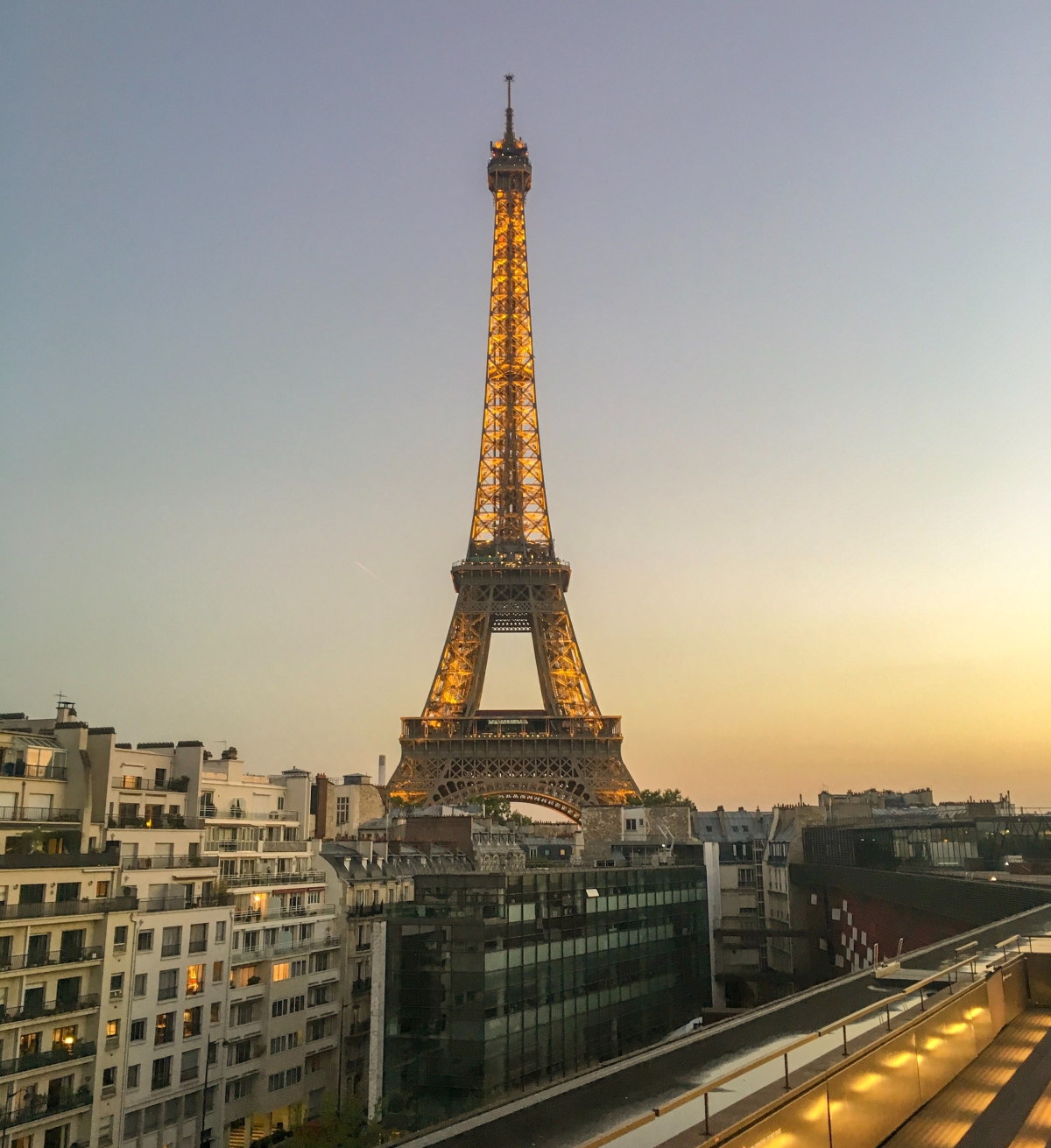 At Les Ombres, you’re given a two-hour time slot for your meal, and we ordered from a Prix fix menu when we arrived. The food was four of five courses (I can’t remember exactly), starting with a macaroon, appetizers and some small plates, an entree and a dessert. We ordered a drink with dinner, which is not included in the price. 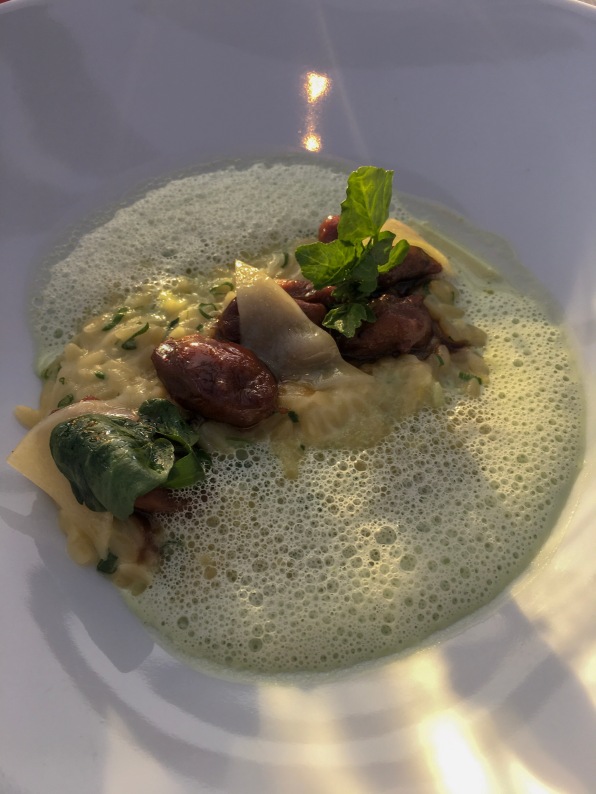 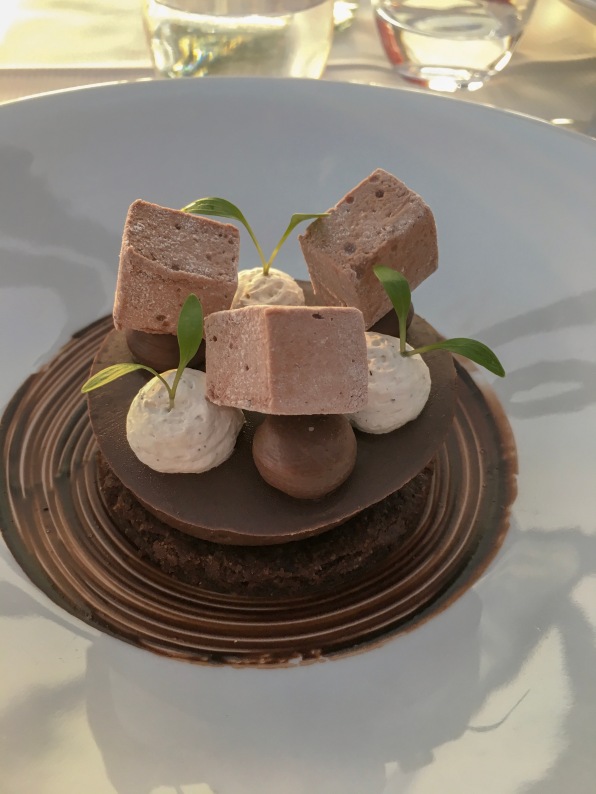 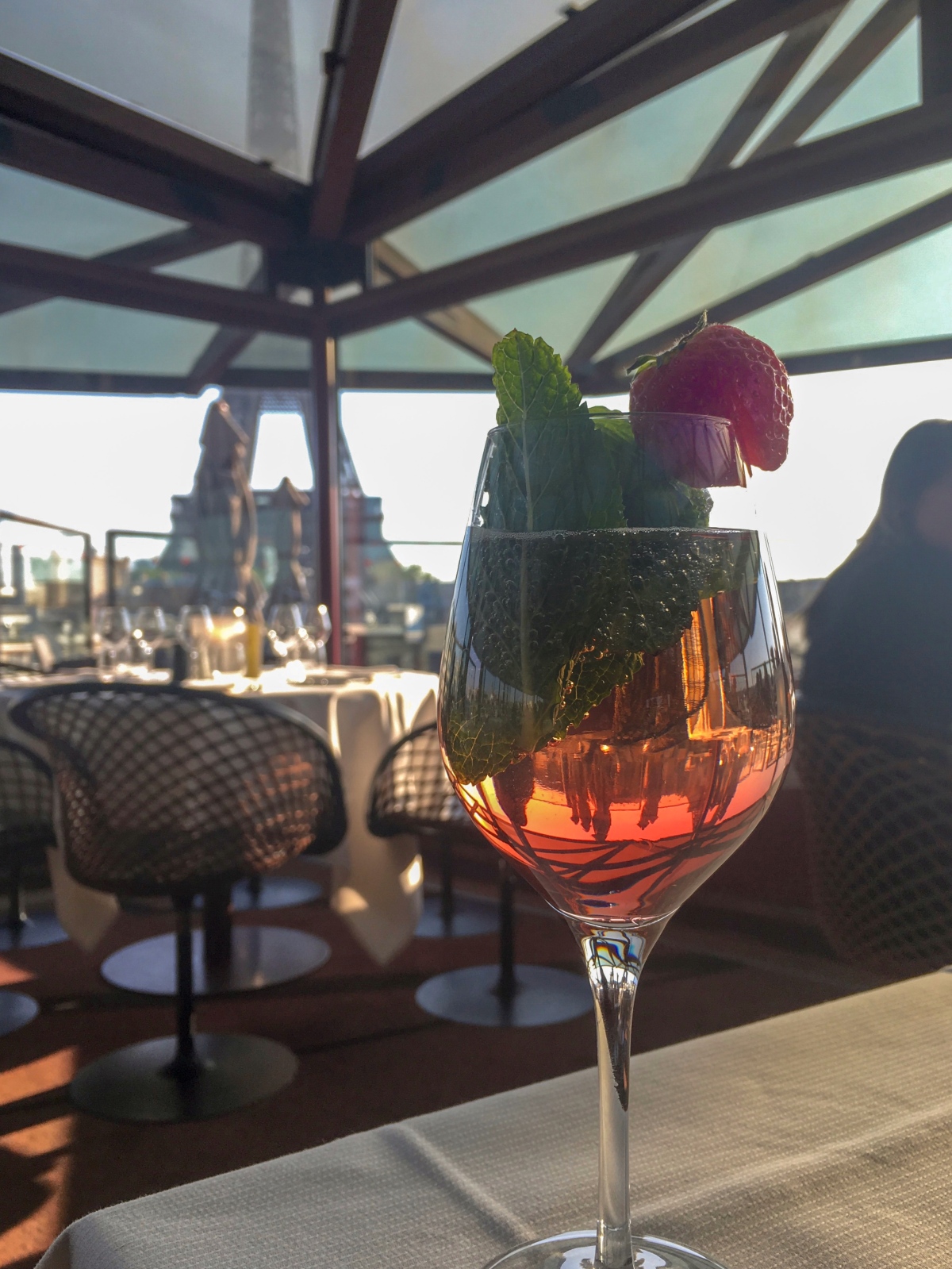 By the time our two-hour window was over, we were sufficiently stuffed and it was completely dark outside. So we ordered another drink to take to the terrace, which they were happy to accommodate. They won’t kick you out, you just can’t stay at your table. We sat on a couch outside and took in the view of the twinkling Eiffel Tower at night.

The total cost of the meal, plus two drinks, was 120 Euros each, not bad.

The dress code is casual, but we wore dresses. We saw other people arrive in shorts and t-shirts, although they were eating on the earlier side. The guests arriving later in the evening were dressed nicer. So if you go before 7 p.m., you’ll be fine dressed casually. After 7 p.m., I recommend getting your heels out, ladies. With sport coats for the men.